Teton Kitchen has a menu worth exploring

Teton Kitchen is the kind of restaurant I can’t help but root for, whatever its chances.

It’s a scrappy, underdog operation. Taka Win and his wife, Khin Aungmyin, have taken over a Depew building that has hosted a series of pizzerias that could not make enough money selling pizzas. Judging from how much it still looks like one, with an open kitchen behind a cash register counter and painted concrete floors, there wasn’t a ton of money for renovating.

It’s brave. In the heart of a largely Polish neighborhood, they are offering a huge menu of Asian cuisine, mostly Japanese and Thai. It takes nerve to sell sushi to a fish fry crowd. Especially when there are three or four sushi outlets within a 10-minute drive, including Wegmans.

It can be darn tasty. I say that despite the fact that there was too much on the Teton Kitchen menu to be explored in one visit. We did not try the Thai curries or any of the entrees. We did not try noodle soups, the fried whole fish, or ribeye with soy balsamic sauce ($10.99) or unadon, eel over rice, the most expensive thing on the menu at $15.99.

That sounds like an excuse, but is meant as an apology. I might have missed the best Teton Kitchen had to offer.

One reason I was left wondering were the terrific lamb chops ($8.99). Listed as an appetizer, it’s three chops with a soy-vinegar pan sauce that arrive perched over a mound of mashed potatoes enriched with mashed yam and Japanese mayonnaise. I was surprised by, then admired, how the vinegar sauce cut the lamb’s fattiness while adding piquancy. The meat was seared well but pink inside, as I prefer, and the bones thoroughly gnawed.

Teton Kitchen can make noncarnivores happy, too. I would recommend the tofu steak with mushrooms ($6.99), a pitch-perfect marriage of gently fried tofu, sweet dark soy sauce and mushrooms, with a texture that mimics the suppleness of the bean curd. It’s a mostly vegetarian dish with heartiness, and its sweetness helps make it accessible to children, and men who say they don’t eat tofu. (I say mostly vegetarian because Win said there is a dash of chicken bouillon in the sauce.)

While we’re on vegetables, the grilled eggplant skewer that arrived as part of the grilled skewers assortment (Plate D, $9.95) was terrific, flavorful and not mushy. It might have been my favorite skewer, even though our plate included decent versions of bacon-wrapped scallops, and bacon-wrapped jalapeños stuffed with cream cheese. The beef skewer was tough, overcooked.

A Thai duck salad ($8.99) started out slow with greens dressed in sweet-spicy Thai lime dressing, but warmed up once I discovered slips of crispy duck skin hidden under the foliage. There also was duck meat, fried shallots, cucumbers and cabbage. We were warned the duck could have bones but didn’t find many.

After our table polished off a plate of buta kimchi ($6.99), I considered ordering another. Thin-sliced pork is stir-fried with sweet spicy sauce and refreshingly sour Korean fermented cabbage pickle, a winning combination that made me want a beer alongside. (There is no alcohol yet.)

Our tempura, a combination of shrimp, fish, squid and vegetable pieces, was adequately non-greasy. (The tempura fish suggested that Teton Kitchen could probably do well with a fish fry.) The dipping sauce – light, gingery, tangy-sweet – was addictive, and had me looking for other stuff to dip after the tempura was gone.

The sushi ranged from good to blah. An enjoyable “Kiss of the Spider Woman” roll with soft-shelled crab, avocado and cucumber ($8.99), featured lightly fried crustacean, spicy mayonnaise and sweet brown sauce, with a scattering of fried shallots. The raw offerings, a shashimi and nigiri platter ($13.99 for seven pieces of each), held creamy salmon that was our favorite, tuna that was slightly mealy, and yellowtail that seemed tired – it wasn’t stinky, it just didn’t taste like much.

Servers are plenty friendly and Win is available to answer questions, but getting our waters refilled was awkward at times.

Duty obliges me to mention the ventilation, or lack thereof. Between the bubbling tempura oil and stir-fried aromas, I could still catch a whiff of Eau de Friolator on my coat the next day. That would never deter me, but I mention it for those with more delicate sensibilities, or extensive dry-clean-only wardrobes.

Suburban eaters hungry to discover new Japanese and Thai dishes at blue-collar prices ought to give Teton Kitchen a shot. It showed me enough satisfying choices to make me wonder what other glories its menu holds. 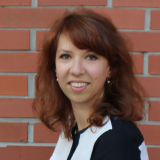